OHSU vs. the VA 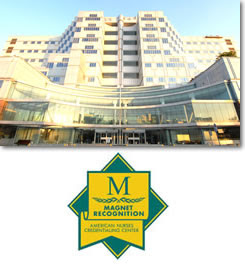 If you ever have a chance to walk across the Sky Bridge at Portland's Oregon Health and Sciences University, you'll find yourself walking into a completely different dimension. See, there's apparently a big difference, visually, between OHSU's crisp and clean appearance and that of the classic Federal Government-run VA Hospital next door. As I crossed the bridge this morning, hoping to find some fingernail polish at the VA Retail Store (my mother is awaiting surgery and I noticed her poor toenails could use a little TLC) I found myself stepping feeling classically annoyed. Old, dingy walls. Government-issued information posters. Long lines waiting at the information desk. Toothless, staggering veterans, preparing to leave with their newly polished molars. Dreary old furniture, classic nylon, filled with heavy-set Americans sitting in silence.
I realized something. I realized that there are times I am relieved I am not and never will be reliant on a government-run medical program. I'm willing to pay a significant amount of my limited income to keep myself out.
Posted by BoggyWoggy at 1:43 PM 1 comment: 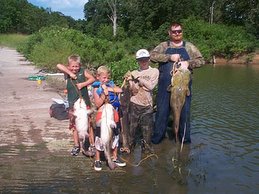 A usual Okie Sighting...my cousins after a venture to the lake... 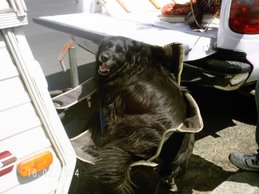